This is a PVE guide for high DPS with Bladedancer.
The guide is for lv45 player with HongMoon level 00.
If you are interested in PVP with Bladedancer, you can check this guide here

Bladedancer is the ideal class, for beginners, high DPS, mobility and enough survailability on top of that. Bladedancer is the second easiest class to learn behind the Summoner who is the ultimate class for lazy people (no offense Summoner players :P).

Nevertheless, Bladedancer may be one the easiest class to learn,
but what about mastering him and using him to his full potential?

Anyone, can spin-to-win his way through most of the mobs of the game, but not anyone can output the highest DPS in a endgame dungeon without dying.

This guide aim is to help you maximize your DPS output in endgame dungeons and hopefully not die.
Before I move on to the skill build, I want to mention one thing.

This is only a recommendation and it is not guaranteed that it will work for everyone. It worked for me, so feel free to use it and tweak your way to fit it in your gamestyle.

This build revolves around your Lightning Stance/Draw Stance, that’s why I picked up the Lighting Focus as my passive.

Suggested skill rotation for this build:

Three points here, so you will have a decent source of Focus for the rest of the combo, since this one is your opening skill, before you enter the Draw Stance. 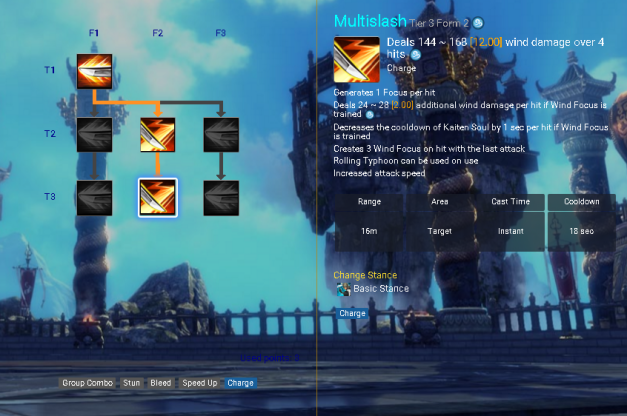 Three points here too, because it generates three Wind Focus which you will later spend to cast Rolling Typhoon, also it generates Focus per hit for a total of 4 Focus 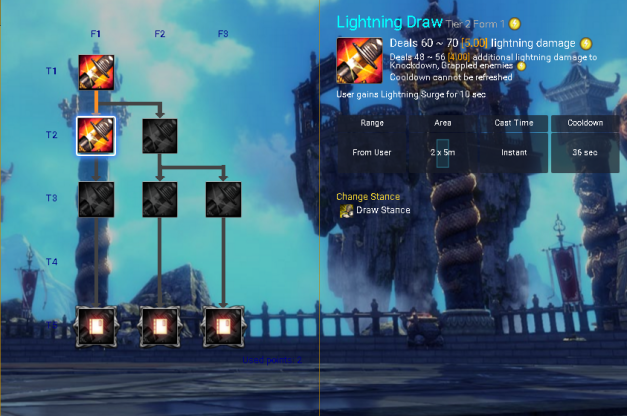 1 point will allow to speed cast Sunder on top of that skill and the second one will increase the damage of this ability.